“Either convert to Islam or die.”  This was the choice the Turkish Sultan put to Sabbatai Zevi,  self-proclaimed Jewish “Messiah” in 1666. 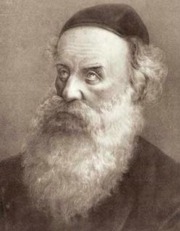 By only pretending to convert, Zevi  resorted to a common Jewish practice. But Zevi was not an ordinary Jew. He led a popular heresy, based on Cabalism. The rabbis had denounced him and his followers.

After his “conversion,” over a million followers, who later included financiers like the Rothschilds, imitated his example. But they didn’t just pretend to be Muslims or Christians. They pretended to be Jews as well.

Communist defector Bella Dodd revealed that during the 1930’s the Communist Party had 1100 members join the ‘Catholic Priesthood’. They became Bishops, Cardinals and  Popes.