There Is No Pandemic, There Never Was. This Is A Global Assault To Capture The Very Soul Of Humanity. The Cabal Have Invented This Pandemic To Destroy The Global Economy In Order To Usher In A Global New World Order Orwellian Nightmare Of Control, And They Are Well On Their Way To Succeeding.  Between The Continuous Lies And Propaganda Of The Mouthpiece Of The Cabal The Mainstream Media, And Covid19 BS Shoved In The Worlds Face, Cognitive Dissonance, Normalcy Bias Of The Public, Humanity Is In Real Trouble. Even My Own Family Have Turned Their Backs On Me. 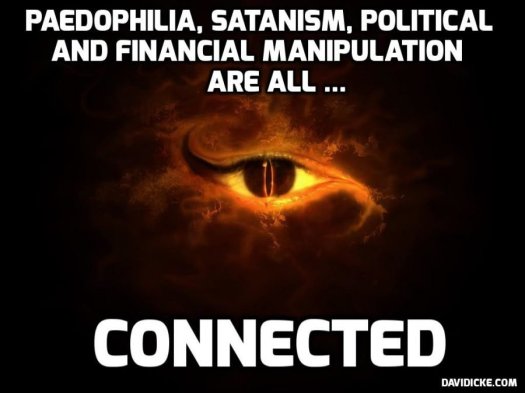 Just like Satan, the globalist Elite have many names, Illuminati, New World Order, The Cabal, Goldman Sachs, Rockefeller. When Orwell wrote the book 1984 coincidentally in 1948, he was so horrified of the plan The New World Order Elite had for humanity that he wrote a book to warn humanity of the plan. They killed him for this nine months after the book was published. The book 1984 is the Globalist plan for humanity in detail! Something they love to do is hide the truth in plain sight.  The Globalist Luciferian Elite Cabal is not just about control and domination. They are a very evil dark  demonic force that wants to destroy all human life on earth.

Their alliance effects sea change in every aspect of human life. The value and distribution of commodities, money, weapons, water, fuel, the food we eat to live, the information we rely on to tell us who we are. Anyone who investigates this group is immediately positioned as a threat. In the end the truth will out, not all of us will live to see that day, but the truth will out. These people are Satanists, totally evil and want to kill Gods creation. And the neurotoxic concoctions that are labeled as vaccines is their front line weapon in their assault on humanity. We are being murdered, culled by a secret Global Cabal That Funded Adolf Hitler!

2 thoughts on “Understand: The Entirety Of Humanity Is Under Attack By The Globalist Luciferian Cabal – Humanity Is Fighting For Its Very Soul”