Doctors have become apologists for Big Pharma and the Vaccine Cartels.        I know you have heard this before, but for those of you who haven’t, Doctors have zero knowledge of vaccines, the only information Doctors and Nurses are given relating to vaccines is……”Vaccines Are Safe And Effective.” The Nazi’s under Dr Josef Mengele, just before the war broke out, were developing neurotoxic vaccines for population control. The US Government imported The Nazi vaccine program, by providing false identities to these nazi’s who became the heads of Merck, and other Vaccine manufacturers. The program continues today, globally, under the cover of the vaccine immunisation program. Actual documented proof will be presented shortly. MY LIFE WAS THREATENED WHEN I PUBLISHED MY BOOK ‘RECOVERING AUTISM, ADHD AND SPECIAL NEEDS. – Shelley Tzorfas

VACCINES ARE AN ABOMINATION, AN EVIL THAT HAS BEEN UNLEASHED ON HUMANITY BY THE GLOBALIST CABAL EUGENICS/DEPOPULATION AGENDA.

DOCTORS ARE TAUGHT INCORRECTLY THAT OUR IMMUNE SYSTEM NEEDS VACCINES, IT DOES NOT. OUR IMMUNE SYSTEM WAS DESIGNED BY OUR CREATOR, IT IS PERFECT. BIG PHARMA AND THE VACCINE CARTELS DESIGN THE ENTIRE MEDICAL CURRICULUM. CONFLICT OF INTEREST ANYBODY?

Dr. Eva Snead was absolutely determined to have the truth told about fluoride, vaccination and other junk science. The mad doctors and big business drug pushers took revenge by having her de-registered as a licensed medical doctor and that is how it is done in the United States. Her words live on and are more valuable than ever. Credits: This audio was one of many in the $60 700 hours of Mae Brussell archive found at http://maebrussell.com/

OPERATION PAPERCLIP WAS A CIA PROGRAM THAT REPATRIATED NAZI SCIENTISTS INTO THE US AFTER THE WAR TO MAKE USE OF THEIR EXPERTISE Dr. Eugen Haagen, a high-ranking Nazi who specialized in weaponizing deadly viruses. They were looking for evidence of the Third Reich’s progress in atomic and biochemical warfare; what they found were chronicles of devastating carnage. 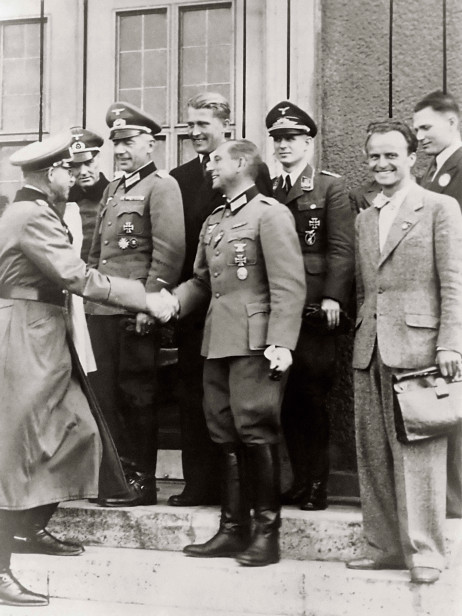 Haagen was once a world-renowned genius who had won a fellowship from the Rockefeller Foundation in New York City, who had been shortlisted for a Nobel Prize, who helped create the first vaccine for yellow fever. Yet here was evidence that he — and could it only have been just one doctor? JOSEF MENGELE The Angel Of Death. — had been conducting medical experiments on live humans. Mengele is believed to have introduced the vaccine immunisation program to the WHO.

Vaccines were manufactured long after the disease that they were manufactured for were eradicated! There is the fairy tale about smallpox being eradicated by vaccines, the so called smallpox vaccine in fact, increased the death rate. What eradicated smallpox was better hygiene and proper sewage systems. The polio vaccine gives people polio, and is loaded with Simon monkey virus which infects genes with cancer that is passed on to other generations! The only way to end the epidemic of Autism, Auto immune disease, life long seizures, and Injury and death from these abominations that the Cabal label as Vaccines IS TO COMPLETELY  BAN THEM! Our bodies have a natural immune system that has been provided by our creator. If we eat organic foods, exercise moderately, and seek health care via Chiropractic, Naturopathic, and herbal means this Vaccine caused epidemic of illness will end. One day humanity will look upon Vaccines in the same way that we now look on leeches as a method of healing.

AND HERE IS THE PROOF!

Dr Judy Mikovits Jailed For Exposing deadly viral Neurotoxins in all vaccines. Molecular biologist Judy A. Mikovits, PhD, reveals the disturbing true story of how she was thrown in prison for blowing the whistle on deadly viral contamination of all human vaccines.