Coronavirus is spreading among people who show non-respiratorysymptoms. This means detection of the carriers of the virus is going to be extremely difficult, given that nearly all health officials around the world are looking for respiratory symptoms such as coughing, sneezing and breathing difficulties. 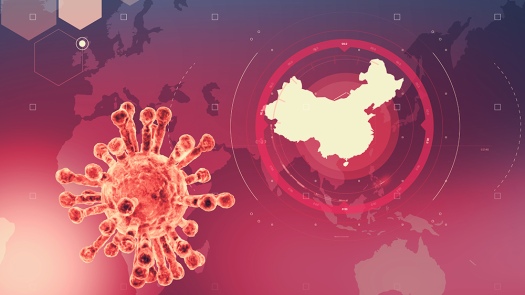 Some carriers of this rapidly spreading strain of coronavirus show no fever and no coughing, but instead are exhibiting symptoms of diarrhea, vomiting and chest pains.

“Thus far, official guidance on the symptoms of the Wuhan virus has been limited to fever and symptoms of respiratory illness, such as coughing, difficulty breathing or shortness of breath,” reports The Epoch Times:

However, according to local media a report by doctors and experts from Renmin Hospital of Wuhan University on Friday noted the appearance of initial symptoms not related to the respiratory system.

It said that many patients who contracted the virus did not have a fever. Therefore simply taking the temperatures of passengers at transport hubs is not enough to screen for the virus.

Three confirmed cases in the USA, total secrecy about which hospitals have the patients

Human-to-human transmission of this novel coronavirus has already been confirmed, and according to multiple sources, there are now three confirmed cases in the United States.

As we expected, the CDC and local health officials are refusing to release the names of the hospitals in which these coronavirus-infected patients are being treated and quarantined.

The secrecy has begun.

Meanwhile, the World Health Organization so far refuses to declare this a global pandemic, even as they were rapidly declaring faked, hoax pandemics in years past, such as the “Zika virus” hoax.

What Americans need to know is that this coronavirus situation is far worse than what’s being reported by the controlled media, and that carriers are going to slip past even the best detection methods, because those methods are all based on looking for fevers and respiratory problems.