Despite fears of being kidnapped by Chinese forces, protestors still press on.

Beijing’s decision to focus less on Hong Kong while building up neighboring Shenzhen as a rival city reveals the loosening influence that globalism is having on world populations. 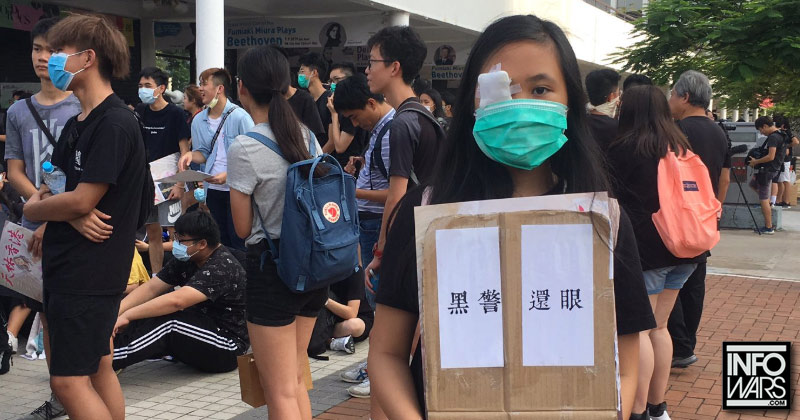 China knows the world is watching and has avoided a Tiananmen Square-style response to the Hong Kong protests so far in part because many of the young protesters have nothing to lose due to the extreme cost of living in the city combined with low wages.

Some estimates indicate that nearly half of Hong Kong’s population are considered “working poor” in which they are employed, but don’t make enough money for basic living needs.

The picture is clear: Hong Kong is expensive, and housing is a huge expense for most people. Price-To-Income (a basic measurement for housing affordability) in Hong Kong is almost double that of New York City (35.8 in HK; 19.5 in NYC).

What can low-income residents do? Some have the patience to wait in extremely inhumane living arrangements until the day a public housing spot opens up: some build shelters on others’ roofs, and some spend their nights at McDonald’s as McRefugees. Most of them live “creatively” day-to-day because they have no other choice.

In short, such a heavy-handed response against protesters would backfire, and in a way, it’s unprecedented for China to instead focus on a relatively-peaceful solution of developing Shenzhen as a more “autonomous special economic zone.”

Infowars is on the ground in Hong Kong with in-depth interviews with locals and unprecedented coverage of what’s going on.

And as you’ll see from the following reports, many of the protesters fear being kidnapped by Chinese authorities, but that hasn’t stopped them from pressing on, which highlights the waning influence of globalism pushed by highly-centralized governments.

HONG KONG UNITED ON THE FRONTLINE WAR AGAINST HUMANITY